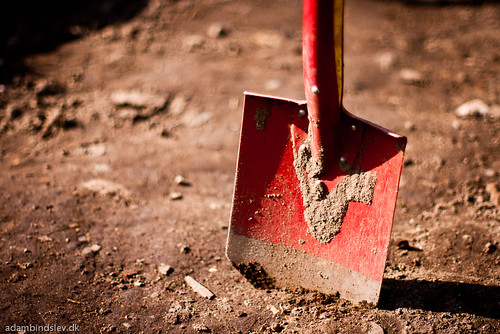 As they always say “digging a hole for someone else does not make you appear taller.” I think as musicians we can tend to be very critical of ourselves, and sometimes our criticisms of others can be a reflection of how we feel about ourselves. Yes, music is very competitive and we always want to do our best, but there is a point where criticizing someone else really isn’t going to get us anywhere.

I think almost every music program, with the exception of a school like Curtis, is guilty of over-admitting students to “fill space”. Universities and conservatories accept way too many music students then there are careers for us, but it’s not their problem. The school makes more money by accepting as many students and offering as many programs as possible. To the administration, you’re merely a paycheque (Yes, I’m Canadian if you haven’t figured that out). They don’t care if you find a career in your area of study after school, they’re just happy you took a degree.

Where am I going with this? Well, before I go on a huge tangent, let me use my school (that I’m graduating from in about a week) as an example. It’s a smaller school in a smaller city. There are some very fine musicians that come from this school that could have easily studied at a school like McGill or U of T, but they chose the small school environment. There are also a lot of people who don’t play at a high standard and only really got accepted to the school because they needed to fill space.

I’ve mentioned this idea of “filling space” twice now and haven’t really explained it. At my school, I believe they accept 70 undergrads each year. That is a maximum number and hypothetically, if there were not enough qualified candidates they wouldn’t accept the full slate of 70 students. However, because university is honestly a money making scam, they will accept the full slate of 70 students. The university would shut down the music program if they only accepted 30 students each year if they could be accepting 70.

What does this mean? Well, a lot of people who wouldn’t otherwise be qualified to study in a university music program will be accepted into the school. Is it a bad thing? Yes and no. It does create extra, unnecessary competition. A lot of these “filler” students will end up being unable to pursue a career in music even though they put in the same hours of work as the “better” students.

That is a very cynical way of looking at it and I choose not to view it that way. I think that just because someone maybe picked up an instrument at a later age or doesn’t play as well as people their age doesn’t mean that they shouldn’t be allowed to study music. They have just as much of a right to further their education as anyone in the faculty does. They work hard and practice just like everyone else. Although they may never become a concert pianist or a symphony orchestra player doesn’t mean that a music degree is a waste for them. The skills you learn while learning a musical instrument are transferable to every aspect of life. If you can get through a music degree, you can take on pretty much any career.

Back to the idea of “digging a hole for someone else does not make you appear taller” now. These “filler” students are the target for backlash and rude comments from fellow peers. I’ve listened to many of my close friends put down these students for no reason. I just think there’s no need for it. Does picking apart someone else’s playing really make you feel better? Just because you started your instrument at age 4 and someone else didn’t start until their late teens doesn’t make you a better person than them. They are just as entitled to learn. Maybe they won’t become a concert pianist but ever stop and think that maybe they don’t want to? Maybe they just love playing the piano and wanted to take a music degree before moving on to law school. You can’t judge a book by its cover.

Sorry if this entry is somewhat unstructured or going all over the place, but I hope I made the point that I just have no tolerance for putting down other people. I get that in a competitive field like music, we want to see ourselves in the best light possible. We want to succeed, but I have always believed that it is way more efficient to focus on yourself and block out others, rather than being so concerned with what others are doing. It is difficult in a competitive field like music, but necessary if you want to succeed. Trust me. I’ve found when I stopped caring about what other people were doing was when I had the most successes.